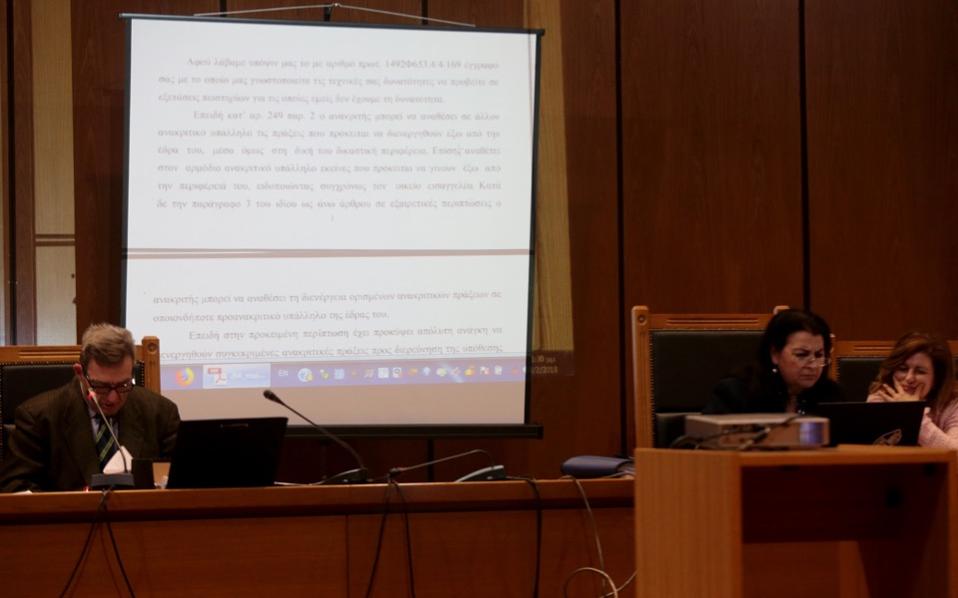 The long-running trial of MPs and members of the extreme-right Golden Dawn party on Thursday shifted to the next stage of examining hundreds of documents following the completion of testimonies delivered by more than 130 witnesses for the prosecution.

After 224 sessions since the launch of the trial in April 2015, the party’s leadership has yet to appear in court.

The proceedings have focused on assaults attributed to GD members and supporters, chiefly on migrants and leftist critics of the party.

In the next phase, judges are to peruse hundreds of documents and videos submitted to them by prosecutors and to be played in the courtroom.

The first documents to be read out in court relate to the killing of leftist rapper Pavlos Fyssas by GD member Giorgos Roupakias in September 2013 and included coroner’s reports and messages exchange between police by radio on the night of Fyssas’s death.

The process of reading out the documents is expected to take weeks if not months and is to be followed by the depositions of witnesses for the defense.