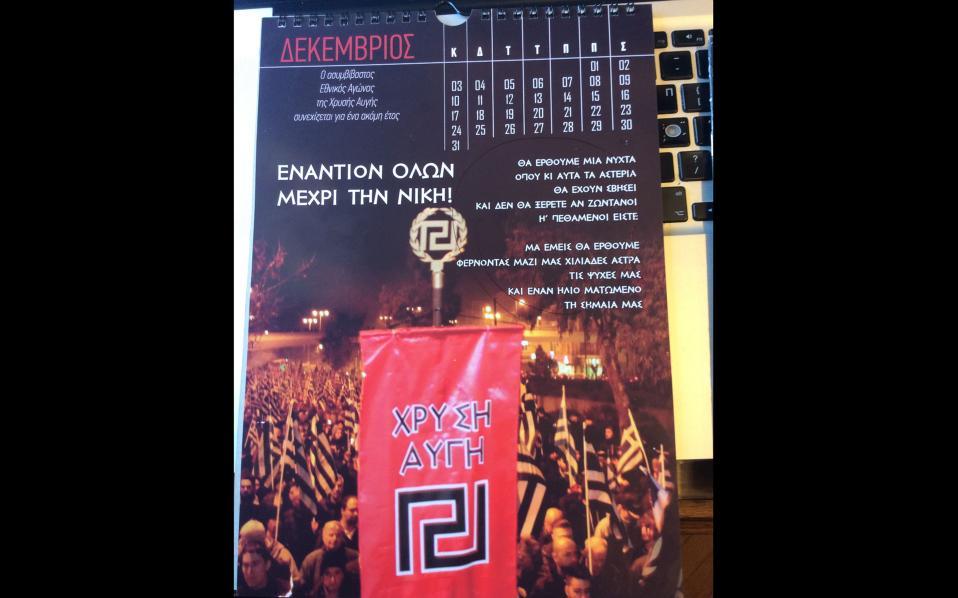 Golden Dawn lawmaker Yiannis Sachinidis has been referred to Parliament’s Ethics Committee to respond to accusations that he disseminated racist propaganda to students on a school visit to Parliament.

Sachindis was rapped for passing out fliers, calendars and books to students from his constituency of Pella in northern Greece, which contained slogans like “The Greek race, then, now and forever” and “opposed to all until victory.”

“It is a commonly held belief that the distribution of any propaganda material inside Parliament to minors is unacceptable, even more so material that is driven by intolerance and Nazi-like references to theories of racial superiority,” Parliament Speaker Nikos Voutsis told a meeting of the House’s Conference of Presidents on Friday, recommending Sachinidis’s referral to the Ethics Committee.

Meanwhile, 11 people who were detained in connection with a sledgehammer attack on a Golden Dawn office in northern Athens on Friday were released from custody.

The attack happened at the Mesogeion Avenue branch at around 9.30 a.m.