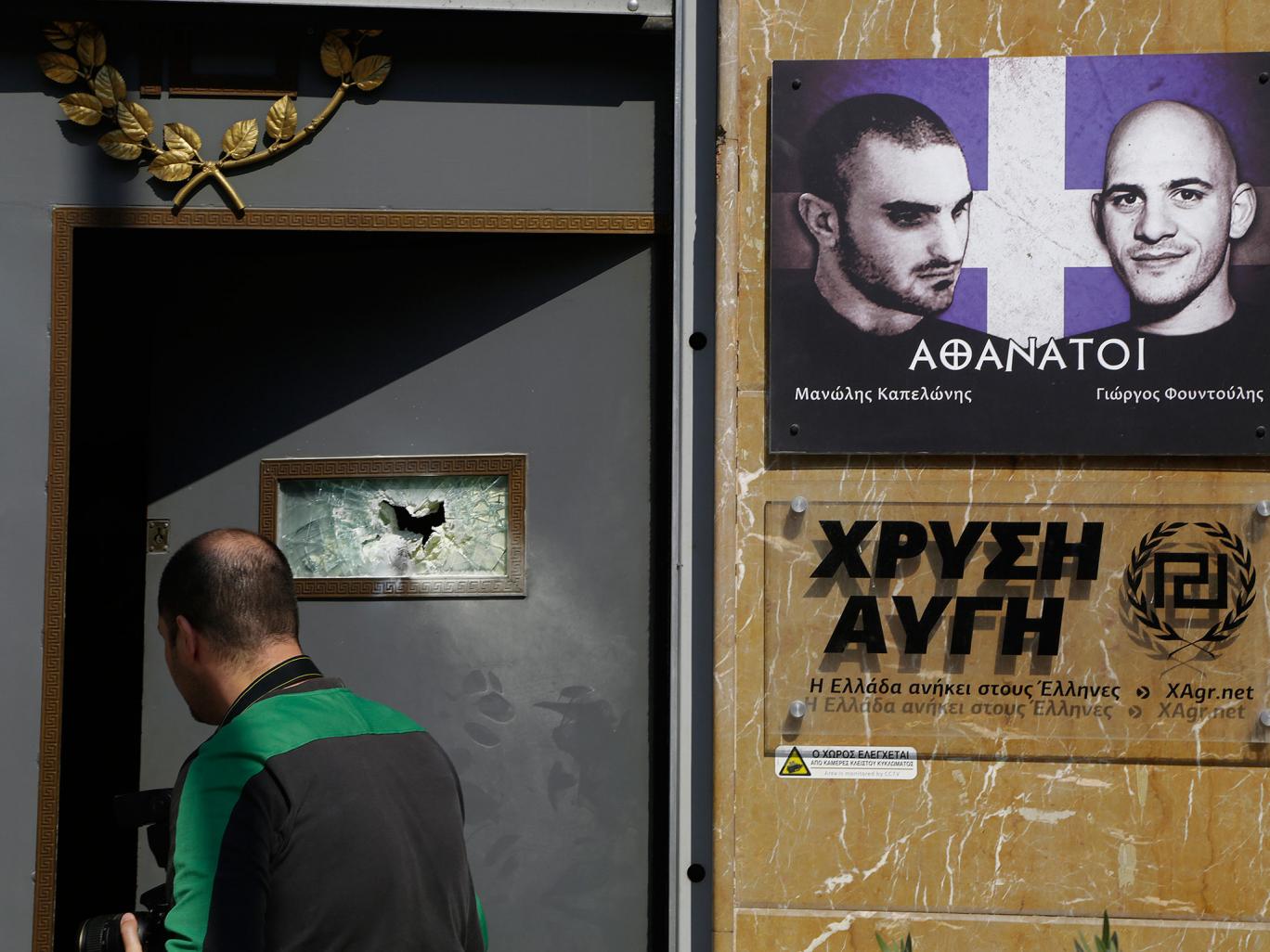 Ultra-nationalists say they will not be discouraged by violence

Police said several people were detained for questioning over the assault during the Friday morning rush hour in Athens.

Youths smashed the glass front of a shop inside the party’s offices, which sit on a busy road, and threw red paint at the entrance of the building.

In a statement, Golden Dawn said the attack by “a paramilitary group” armed with sledgehammers, batons, helmets and firebombs lasted for at least five minutes.

The group said none of its members were injured and claimed morale was high, adding: “If they think that these murderous methods will discourage champions and campaigners who have experienced killings, persecution and opposition, they are deeply mistaken.

“Neither bullets, or prisons, or anything will bend the nationalists!”

Golden Dawn became Greece’s third-largest political party in the 2015 general elections, with a rise in popular support during the country’s financial crisis.

Party offices have been targeted in previous bomb attacks, while two Golden Dawn members were shot dead in 2013 in an attack claimed by a far-left militant group.

Some analysts classify the group as neo-Nazi and fascist because of the praise of Nazi leaders and use of symbols associated with the far right, although the leadership rejects the labels.

Its manifesto states the “ultimate goal of forming a new society and a new type of man” and claims that the “superior” race of Greeks “needs to be strengthened”.

Golden Dawn is known for its opposition to the arrival of refugees in Greece, with members linked to violent protests and attacks on camps for asylum seekers, and the party recently expressed its admiration for Donald Trump.