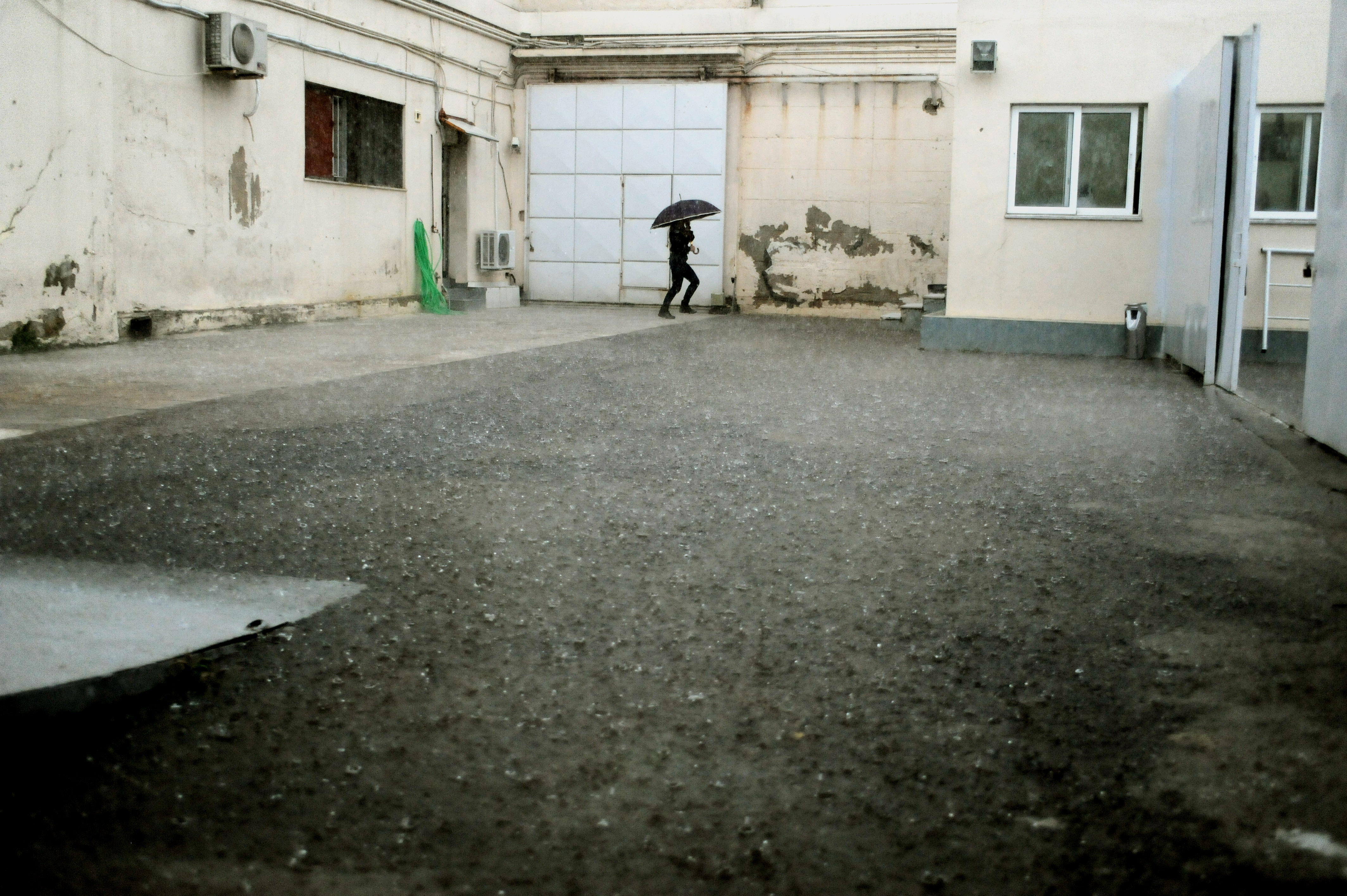 DAY 24: “THERE WAS NO CONFRONTATION; THEY JUST ATTACKED US”

3. Dimitris Melachrinopoulos’ testimony (continued): cross-examination by the the defence

Christoforos Tsagkas (Ioannis Aggos’s new counsel) made assiduous attempts to demonstrate purported discrepancies and contradictions in the witness Dimitris Melachrinopoulos’ four statements. He asked the witness if he was calm and lucid when he made the statements and which of the four statements was closest to the truth. The witness explained that the holes in his previous testimony were the result of shock and the fact that the investigators asked very specific questions; as time went by, he calmed down and his memory became clearer.

N. Kontovazenitis (counsel for Anastasios Anadiotis) was interested in the witness’s political convictions. The presiding judge did not allow these questions. However, the witness managed to say that no party represented him. The same counsel continued to ask the witness if he suffered from any sight problems that would have made it difficult for him to make out whether there were five or seven assailants; he asked the witness if the three people who approached Pavlos Fyssas on Pavlou Mela street were part of the group of 40 he had described as an assault division. The witness responded that he was in no position to discern whether those three people were in the mob.

Dimitra Velentza (for Ioannis Kazantzoglou) asked clarifying questions about the witness’s testimonies. She asked how long the witness’s first statement took to make, how he delivered it, and whether he was sitting on a chair when he gave it. She asked about the timing of the events and the testimonies. While reading an excerpt from the testimony that is stated to have been taken in Keratsini, she concluded – incorrectly – that it had actually been given at Attica General Police Headquarters (GADA) and that the timeline provided by the witness could not possibly be right.

The civil action protested strongly and asked the counsel to read the statement more carefully and not to mislead the witness. The judge confirmed that the witness had made the statement in Keratsini and not at Attica General Police Headquarters. Ms Velentza also asked the witness why someone holding a bludgeon would choose to kick their victim. The witness stated that he had been hit from behind and sensed that it was a kick. He added that he had seen the bludgeons held by the mob earlier and not while he was being attacked.

Vasilis Oplantzakis (also for Ioannis Kazantzoglou) tried to show the witness a picture of the outside of Koralli [a bar], asking the witness to identify key points that led to the development of the incident. The photograph was not accepted by the court as it showed only a limited area of the space outside the bar. The counsel asked the witness whether he remembered the movements of Fyssas’ assailants after the attack. The witness replied that the attack on Fyssas began with a small group beating him; that group left and another showed up to replace it. Then Roupakias showed up and the second group formed a circle around Fyssas, “then some of them stood back so Pavlos could see Roupakias arriving”. He added that the people there were shouting, “come here, you chickens!”, but that he didn’t hear anything specifically geared towards encouraging the killer. He said he heard the constant rumble of the Golden Dawners stamping their feet and their shouting, “come here, we’ll kill you”. Here he stopped to clarify to the counsel that when he says that “Pavlos resisted”, he doesn’t mean that he was actually fighting; he was one man against five or six. “He was standing and trying to defend himself.” Moreover, following a question from the counsel, he stated that he helped the two paramedics put Fyssas in the ambulance by holding his arms and head. He added that the body was very heavy and that his own clothes were stained with his friend’s blood.

Giorgos Roumpekas (counsel for Giorgos Roupakias) asked questions about the specific way and place that his client parked his car before the killing, and how exactly he moved towards Fyssas. He also asked what the others did and how Fyssas reacted after the blows. The witness again described the timeline of the incident and said that he asked Fyssas if he wanted some water. He went into a nearby shop and bought water. Fyssas drank one drop and spat it out.

The other defence counsels repeatedly solicited clarifications from the witness, attempting to identify gaps, omissions and contradictions in his testimony. Specifically, A. Mammis (counsel for Nikolaos Tsorvas) brought up the following: “I’m going to point out some contradictions. In your first testimony, you said that Roupakias was alone, with no one in the passenger seat. Later you said that there was someone in the passenger seat and two women seated behind. Which is the truth?”

Civil counsel reacted, stating: “Roupakias’ car appeared twice; once in the beginning and then again on Tsaldari street. Which time are you talking about?” The judge asked the counsel to identify the point in the statement in which he sees the contradiction. Amid the ruckus between civil and defence counsels, Mammis continued: “In Piraeus, you told the the investigating magistrate about two women. Is that true?” Judge: “Why does this need to be clarified?” Here, civil counsel Thanasis Kampagiannis intervened: “No clarification needs to be made; the witness was talking about two different moments in the incident. The counsel is making every effort to mislead the witness.” The witness clarified that when Roupakias stopped on Kefallinias St to ask for directions, there were other people in the car. Later, when he got out of the car on Tsaldari St, there was no one else in the car. In response to a following question regarding the time it took Doulvaris (an eyewitness and friend of Fyssas) to arrive at the scene after the confrontation, the witness said, visibly irritated: “Doulvaris told me that he had walked around but please don’t call it a scuffle; there was no scuffle. We were attacked. I respect you and the court, but please, it was an attack.”

4. Application regarding perjury; response from the civil action

Periklis Stavrianakis (counsel for Christos Pappas) took the floor and questioned the witness on whether there was a verbal altercation between Roupakias and Fyssas and on whether the whole party wanted to leave Koralli. His suggestion was that only Fyssas and Doulvaris were eager to leave. The witness replied that the entire party wanted to leave and asked why that was relevant.

The counsel then spoke of glaring contradictions that cast doubt on the reliability of the witness and asked that the bench order “the detention of the witness, as warranted by article 337 of the code of criminal procedure, until the suspicions of perjury can be dispelled.” He continued, “I refuse to accept that anyone can slap his palm on a bible and say whatever he likes. I’m convinced that this man is lying, and the rules must be kept.” He asked the court to come to a decision as quickly as possible.

The judge called for a break and returned with the decision. She ruled that articles 1 and 2 of article 337 of the code of criminal procedure are not applicable in the case of lengthy trials. She dismissed the defence’s request as groundless.

Mr Kampagiannis protested strongly: “These people, who bless themselves praying that they get the go-ahead to slaughter innocent people are the ones who besmirch the bible, not those people who honour their oath and who have submitted their testimony with courage over and over since the night their best friend died in their arms.” Moreover, he tried to submit a statement on behalf of all civil counsels denouncing the defence’s blatant disrespect for witnesses. The judge did not allow him to continue and asked him to draft and submit a comprehensive statement. Mr Kambagiannis continued, referring this time to the similarly brazen stance of MPs in a recent sitting of parliament. The judge responded: “That is none of our concern. Do you have anything specific to say?” The civil counsel continued, referring to “sarcastic remarks” and “jeering” from the defence. The judge then cut him off. “Please take your sensationalism to the press; it is of no interest to the court.”

5. Statements by the civil action on Melachrinopoulos’ testimony

– As far as regards the other people in the car, the witness said he saw four others in the car one time and only Roupakias the next time.

– As far as it concerns Patelis, the witness knows what he knows from the press. He can’t know everything.

– The statements were made following some people’s attempt to mislead the witness.

– Let Lagos come here and tell us whether he made the much-contested phone call in order to discuss Paris Saint-Germain’s goal or something else.

– The witness said that he couldn’t think clearly with his friend’s blood still on him, but the matter of whether there were four or five assailants makes no difference in a case like this.

Chrysa Papadopoulou (counsel for Irini Fyssa) then made her comments:

– The contradictions concern the number of individuals involved and the exact timeline of the events. What difference does it make if the crime was committed at a quarter or ten to the hour if 40 [people] attacked eight and the result was the death of one of them?

– The essence of the testimony is what counts and the witness has been true to the essentials.

Civil counsels for the Egyptian fishermen then took the floor.

Thanasis Kambagiannis spoke of efforts to mislead the witness and emphasized the following points:

– The presence of an armed assault division on Mela St has been demonstrated.

– The attack was unprovoked.

– The assault was organized.

– The assault division was already there

– It was an armed unit

– I have noticed attempts to slander the witness. Aside from the clear inapplicability of the provision for perjury, the request did not arise from any substantial or legitimate concern for the witnesses’ reliability.

– It has been proven that the districts of Nikea, Perama and Keratsini are managed by Lagos, with Patelis below him.

– It has been proven that a Nikea assault division exists and is directed by Kasidiaris.

At this point, the court decided to adjourn until Wednesday 4 November.