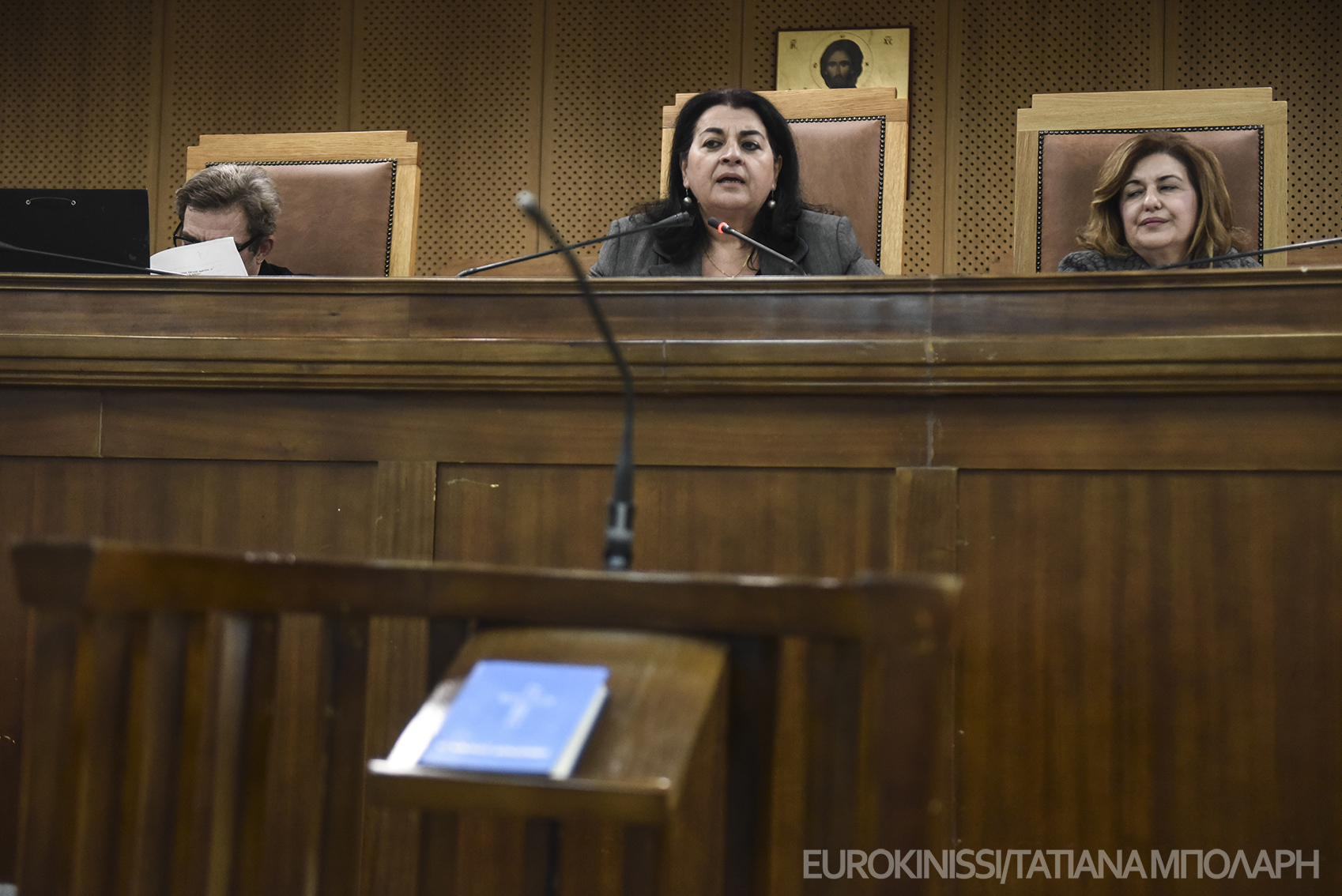 Day 194: THE COURT SHOULD GUARANTEE THE SAFETY OF ATTENDEES

The courtroom remains open to the public upon presentation of a state ID card, which is retained by court authorities for the duration of the session, until all audience seats in the courtroom are filled. There were many journalists present in the courtroom as well as a small number of spectators.

Civil action counsel Papadakis stated that counsel Evgenia Kouniaki [:an associate of the civil action counsels for the Egyptian fishermen] was attacked by Golden Dawners outside the courthouse and was taken to the hospital. The counsel called upon the court to guarantee the safety of all attendees.

[The incident took place outside the Supreme Court, on Alexandras Ave. The Golden Dawners initially attacked a few passengers of a trolley car who protested their presence and the pamphlets they were handing out. The attack caused more protests by passers-by, among which was the aforementioned counsel, who shouted to the trolley car driver to close the doors. This drove the Golden Dawners mad, and they proceeded to attack both her and another young woman, wounding them in the face. The police arrested a number of people, and the wounded women were first taken to the hospital and then to the Athens Police Directorate to give their accounts of the incident].

IV. Decision of the Court pertaining to the motion by the defense counsels

The presiding judge adjourned for November 3rd, 2017, at the Women’s Wing of the Korydallos Prison, when the testimonies of the protected witnesses are expected to continue.