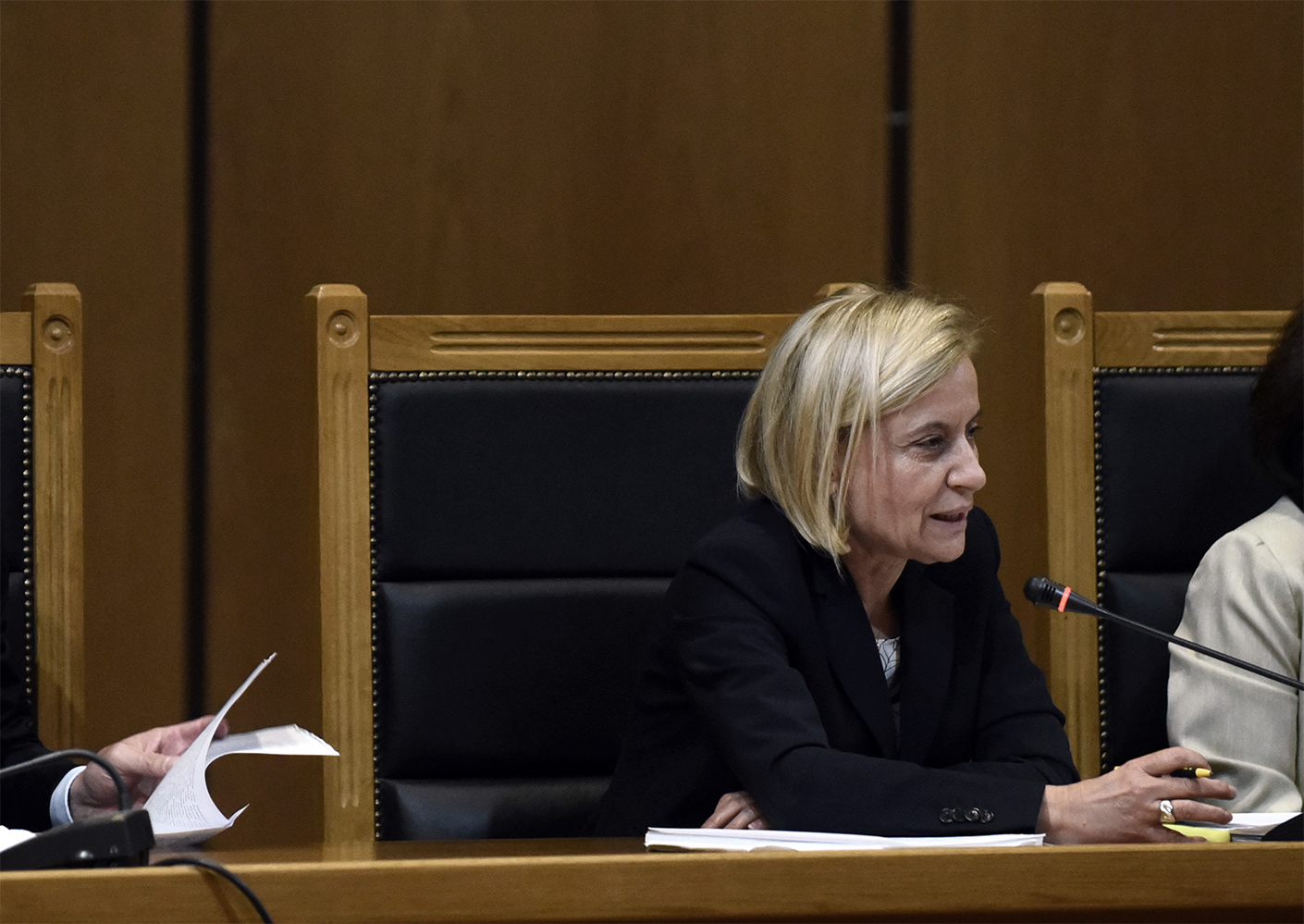 Day 191: The state prosecutor proposed to accept the motion by the defense counsels

The hearing commenced with the state prosecutor’s proposal to call to the witness stand the five protected witnesses. The state prosecutor proposed to accept the motion by the defense counsels, based on the rationale of the relevant article, as well as on the relevant articles of the European Convention for Human Rights, and the respective articles of the German legal framework. The state prosecutor stressed that the term “threat of danger” is never mentioned in the articles of the law, they only mention intimidation tactics and retaliation. She pointed out that article 9, par. 2 of 2928/2001 makes some provision for the protection of witnesses, but it doesn’t lay down how to go about implementing these protective measures. In this case, the witnesses will testify by phone, and the crucial characteristic is their voice, whose distortion will impede the evaluation of the witness’s credibility. The state prosecutor said that in this case the right to a fair trial and the right of immediacy are infringed. Especially if we take into account that the names of the protected witnesses have already been leaked and witness Stavrou said in his testimony, according to the state prosecutor, that he did not receive any threats after he left Golden Dawn.

IV. Statements by the counsels concerning the state prosecutor’s proposal

A. The civil action counsels Papadakis and Kabagiannis commented on the state prosecutor’s proposal. Papadakis stressed that the proposal by the civil action counsels is vindicated and that it would have been better if the protected witnesses were brought to court, and mentioned that there are inconsistencies in the state prosecutor’s proposal concerning Stavrou, who had said that he didn’t leave his house for eight months [after quitting the ranks of Golden Dawn].

Kabagiannis stressed that the defense interpreted wrongly the lawmaker’s rationale, and also stated that the claim that there is no chance of intimidation or retaliation has not been shown to be true and should be rejected, and mentioned the beating of two witnesses on the first day of this trial, the witness testimony of Stavrou, which showed that threats have been made, as well as the videos included in the case file. He concluded his comments by saying that the legal data so far has shown that the witnesses are best protected when they testify in court under their own names.

B. Defense counsels Michalolias T., Michalolias N., Papadellis, Bairaktaris, Stavrianakis, and Alexiadis then commented on the matter. They sided with the state prosecutor’s proposal stating that the important matter that should be addressed by the court is whether in this case there are the necessary prerequisites of a fair trial in light of the level of danger to the witnesses. They maintained that the search for the truth is obstructed by the witnesses not showing up in court and that it is important to optically record the witness.
The presiding judge reserved her judgment and adjourned for October 24th, 2017, at the Court of Appeals.