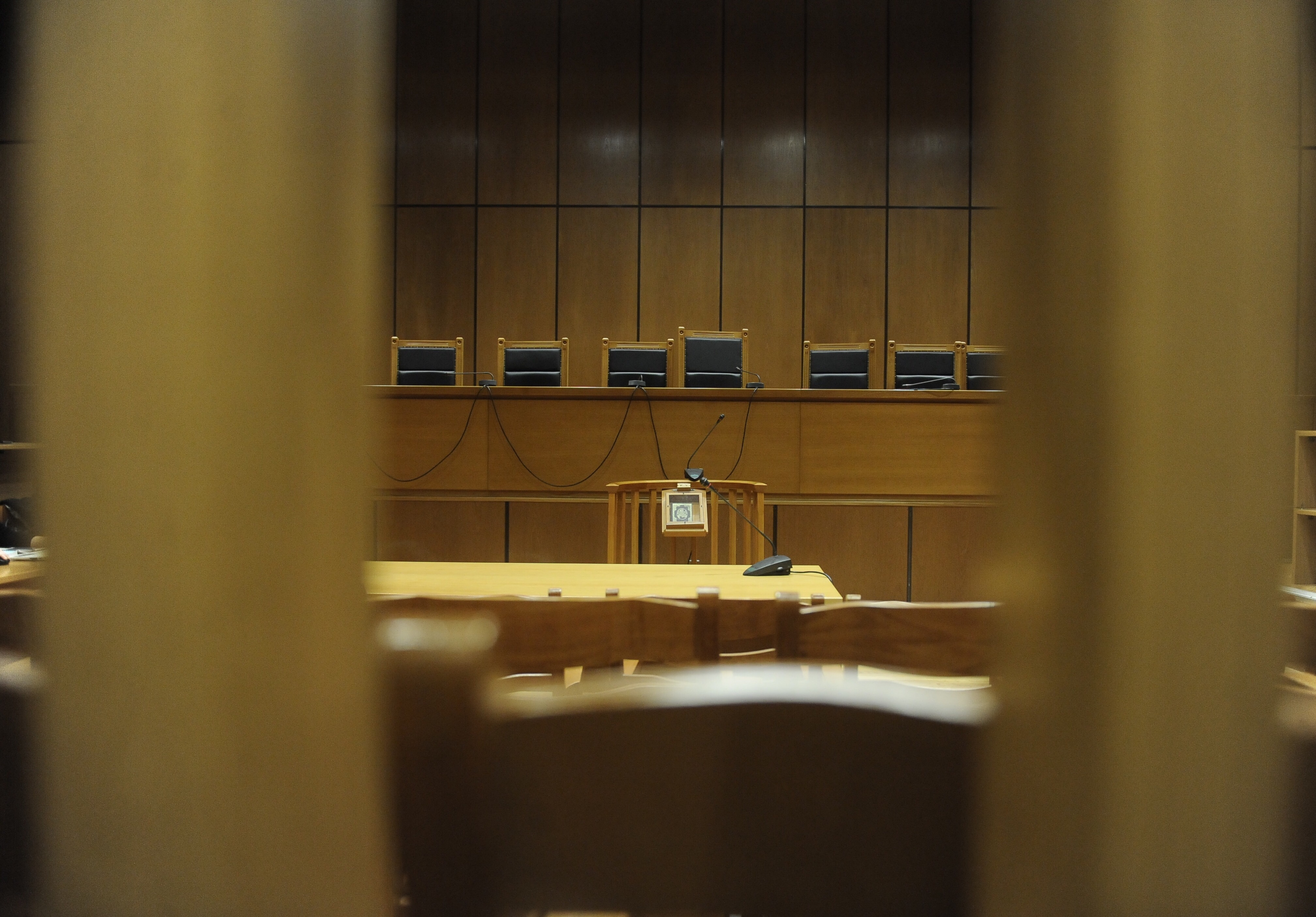 DAY 188: “These are the actions of a criminal organization, not a political party”

III. Comments on the witness testimonies (under article 358 CCP) continue

A. Comments by the civil action counsels continue

Civil action counsels Theodoropoulos, Tobatzoglou, Vrettos, Skarmeas, and Papadakis commented on the testimonies of the previous 37 witnesses under article 358 CCP.

According to civil action counsel Theodoropoulos, witness Grypiotis testified that Golden Dawners say that “the good stuff is done at night” and that members of the Nikaia chapter of Golden Dawn participated in the incidents at Skala Lakonias. The event wasn’t a spontaneous affair but had been planned in advance by the leadership. The counsel went on to discuss the testimonies of the witness involved in municipal matters: Andrianakos, Pnevmatikos, Bamis, Ioakeimidis, Papachela, Papadopoulos, and Kaminis. Bamis stated that in September 2013 the police helped the assailants get away from the crime scene.

Ioakeimidis stated that he believes that everything had been planned in advance by the leadership of Golden Dawn. Witness Papadopoulos was positive that he saw a Golden Dawn group beat up Pakistanis and spoke about assault squads – the ideological progeny of fascism. Papachella described a Golden Dawn pogrom right after the murder of Kandaris. Kaminis discussed the food charities of Golden Dawn and the behavior of Kasidiaris and Germenis. The mayor of Athens thought that Agios Panteleimonas is the stronghold of Golden Dawn and that the attacks had been planned in advance. Michaloliakos didn’t condemn the attack but, on the contrary, approved of it, saying that [Kaminis] should be mindful of how he goes out on the street. The counsel went on to comment on the testimonies of the journalist witnesses – Kourkoulas, Georgousis, Baskakis, Papadopoulos, Souliotis, and Psarras.

The counsel also discussed the testimonies by Tezaris, Spourdalakis, Kardaras, Katrivanou, and Yfantis. As for Stavrou, he said that there was a smear campaign to make the public believe he had mental health problems, when it was proved that there was nothing like that. That the witness himself saw that the way of Golden Dawn is only violence, under the command of the leader. The counsel concluded that the witness testimonies showed that “these are the actions of a criminal organization, not a political party”.

Civil action counsel Tobatzoglou concluded that “the witness testimonies showed us that there is indeed a criminal organization”. She made special mention to the testimony of witness Spourdalakis, who illustrated in theory something that was confirmed by the eyewitness accounts of the incidents in Meligalas and elsewhere. The counsel discussed the testimony of witness Stavrou, who said that the attacks can be attributed to the fact that the defendants are Nazis, and that because of it their targets are the immigrants, those that are different etc. As for the memorandum of association presented by witness Psarras, according to the counsel, it was never “secret”:
“They just hadn’t brought it to the attention of the authorities. They were using it, and in 2012 they needed to produce a different one for legal reasons. In 2013 they suppressed the first one. The counsel pointed out that according to the testimony of Stavrou, “if you are a Golden Dawner, and you get arrested for a crime you committed, they deny all connection with you, but unofficially they applaud your actions”.

Civil action counsel Vrettos said that the witnesses had varying levels of social standing, education etc., and that “they are credible because everything they said connects”: They are things they witnessed or inferred because of their experience. The testimonies of the witnesses, well-regarded municipal leaders, journalists, and professors, can’t be slighted. However, according to the counsel, there were witnesses, such as police director Georgakopoulos, “who understood nothing of what was going on”. The counsel went on to discuss the testimonies of mayors Pnevmatikos and Andrianakos. The counsel believes that the credibility and mental acuity of the witnesses was amply shown, as regards the description of the incidents. The civil action counsel concluded by saying that the testimony of Stavrou gave an insider view of everything the defendants have said, and completely confirms the indictment.

According to civil action counsel Skarmeas, the 37 witnesses whose testimonies are deliberated today form almost one third of the prosecution witnesses. They are of various backgrounds, some are victims, some are eyewitnesses etc. The counsel said that the testimonies showed the pyramidal structure of Golden Dawn, as it is described in the indictment. In 2009 Golden Dawn still hadn’t entered Parliament, and the leader still could go out into the streets. As for what happened in the streets, the victims themselves had many things to say, such as Zambelis, Kardaras, Tsimboukakis, and Tezaris, who described the events in detail. In another level, the operational commanders participate in the actions in the street. It was proven that the “random passer-by” Roupakias had participated in Golden Dawn events in Meligalas, in Dervenakia etc. Psarras said that Lagos relays every order of the leader, and if he acted of his own volition he would have been kicked out of Golden Dawn. The counsel wondered why Golden Dawn uses a pyramidal structure, and explained that it does because it has a Nazi ideology and that this was confirmed by the memorandum of association presented to the court by witness Psarras.

Civil action counsel Papadakis discussed what is needed to confirm the crime of entering a criminal organization (article 187 CCP) according to the witness testimonies. More specifically, none of the witnesses discussed a single incident, and everything is confirmed by the testimonies of the rest of the witnesses. According to the counsel, the court will have to submit these behaviors under article 187 CCP, evaluating the whole of the case file. The counsel pointed out that 14 different parts, connecting each one with the testimonies of specific witnesses. These were: the constancy of Golden Dawn’s activity, the invariability of their targets, the planning of the attacks, the complete tolerance and even cover-up exhibited by the police, the tolerance and lack of strategy shown by the political establishment, the pretense at legality, the clear contempt they show towards democratic institutions, the demonstration of military might, the transfer of assault squads with buses etc. the military-style organization, the expendability of dissenters, the Nazi ideology, and the leadership structure. The counsel concluded that the indictment was fully supported by the witness testimonies and that Golden Dawn is obviously a criminal organization (art. 187A CCP).

C. Comments on the witness testimonies by the defense counsels

Defense counsel Aggeletos spoke about the uniform mode of dress of various social groups. He said that the testimony of Psarras was a “Nibelungen fiction”, and that, at a time when red loans were being sold off to hedge funds, his testimony dominated the media. He concluded that “it is clear that a political trial had to be invented in order to occupy the attention of the public”.

Defense counsel Velentza discussed at length the witness testimony of Kaminis. According to the counsel, Kaminis “not only did not testify about a real incident, but fell into various contradictions”. In many cases, he didn’t remember what had happened”. Kaminis testified about two incidents that have nothing to do with the accusation of a criminal organization, that is a verbal confrontation in 2011 between Vouldis (a member of the municipal council for Elliniki Avgi) and Konstantinou (for ANTARSYA), as well as an incident involving Germenis. Furthermore, the defense counsel commented on the testimonies by Papachellas, Kardaras, Katrivanou, Kemmos, Myrillas, Donas, Ioakeimidis, and Kourkoulas. Concerning the testimony of witness Stavrou, the counsel had to say that, even though he was a member of Golden Dawn from 2005 to 2013, he said nothing that proves that there were crimes committed. As for Psarras, the counsel thought that his testimony was logical, since he “needs to support his books, which provide him with a handsome income”. The counsel concluded her comments by saying that “all the witnesses in essence testified their political beliefs”.

Defense counsel Kontovazenitis discussed only the testimony of witness Psarras, pointing out that the witness in question had nothing to say about the events surrounding the murder of P. Fyssas, and even though an “expert” witness, he hadn’t kept the envelope in which the first memorandum of Golden Dawn had been sent to Scholiastis magazine.

According to defense counsel Oplantzakis, “the witnesses had obtained their information from the media and it was proven that everything was connected to their ideological positions”. The witness commented on the testimonies of witnesses Tsimboukakis, Spourdalakis, Pnevmatikos, Katrivanou, Kouvelis, Tezaris, and Pisimisis. As for the testimonies by Baskakis and Psarras, he said that even though they are members of the Journalists’ Union of Athens Daily Newspapers, they didn’t respect the code of conduct concerning the presumption of innocence and the publication of articles whose titles differ from the content. The defense counsel labeled the testimony of Psarras as a “monument of unreliability”. He concluded that the court should not take into account the previous 37 testimonies because the witnesses testified based on their political beliefs.

Defense counsel Michalolias G. started by commenting on the testimony of the last witness, Psarras. He said that the witness “has gone on a veritable crusade against Golden Dawn”, and has been writing about it for the past 30 years. The findings of Vourliotis, the assistant state prosecutor in the Supreme Court, repeats verbatim the things that Psarras said in his testimony about the operational and political arms of Golden Dawn, something that gives the counsel pause, because the memorandum doesn’t mention anywhere these two separate arms, neither were they proven to exist. The counsel questioned the authenticity of the first memorandum of association. According to the counsel, “in 1987 the only things that Golden Dawn had were the offices in Kefalinias Street, two rooms at most. They needed a memorandum of association to organize what exactly?” The same counsel wondered how is it possible for a criminal organization to lie dormant for years only to commit crimes in the future.

He concluded that the aforementioned witness is unreliable. The counsel went on to comment on the testimony of witness Stavrou, saying that in his opinion he didn’t go to his preliminary testimony of his own volition. He said that both in the pre-trial and hearing testimonies he had nothing to say but vague allusions, that he bought a BB gun, and that he lied about the flag in his swearing in ceremony. As for Georgousis, the counsel said that Vathis and Plomaritis -who were mentioned by the witness- are surely not leading members of Golden Dawn. The witness went on to discuss the testimonies of witnesses Grypiotis, Zambelis, Kaminis, Kardaras, Katrivanou, Kouveli, Bamis, Donas, Kourkoula, Baskakis, Pisimisis, Pnevmatikos, and Andrianakos. According to the counsel, the photojournalist witnesses have nothing to do with the indictment, since according to the judicial decision the organization was dismantled in 2013 and the incident they witnessed is a random event.

According to defense counsel Pantazi, witnesses Psarras, Kaminis, and Stavrou named Boukouras as a cell leader, a commander, and the leader of a criminal organization, something that wasn’t proven. There was never an assault squad in Korinthos. The counsel discussed the testimonies of witnesses Pnevmatikos, Katrivanou, Andrianakos, and Soulioti, pointing out that Boukouras did not behave in any way that falls under article 187 CCP.

At this point the presiding judge adjourned for October 12th, 2017, at the Women’s Wing of Korydallos Prison, when the trial will proceed under article 358 CCP with the comments by the defense counsels concerning the testimonies by the previous 37 witnesses.