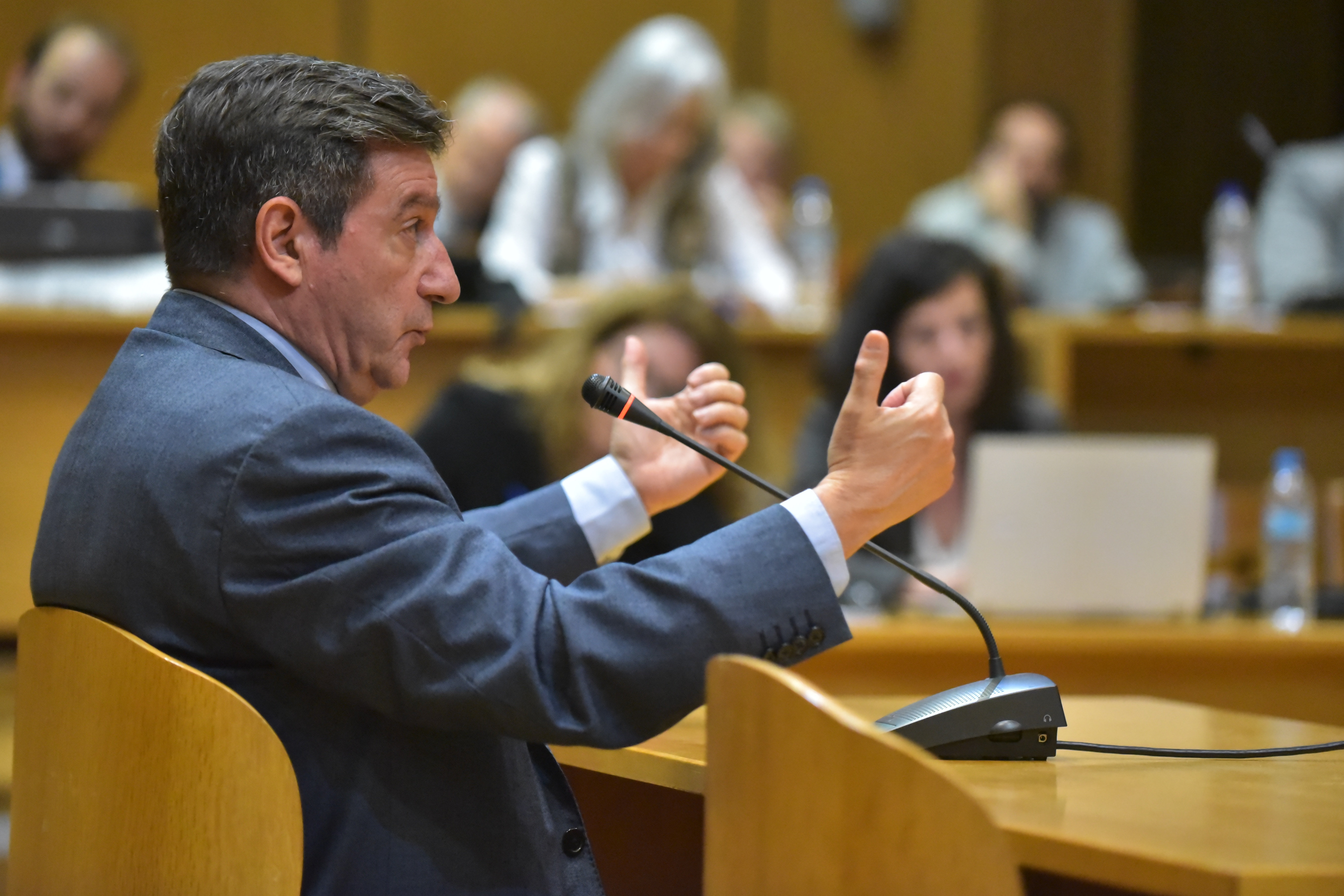 Responding to questions by the defense counsels the witness stated that the scheduled food handout only for Greeks, organized by Golden Dawn, was cancelled for two reasons. First, they had not obtained the necessary permit, and second because the handout was in direct contradiction to the tenets of the Constitution. Responding to another question, the mayor of Athens said that even if a permit had been requested in time he would not have granted it, based on the fact that a food handout only for Greeks is violating the values of equality. He added that he would not grant a permit for the handout for another reason: at the time the food handouts had been getting a bad name. The witness went on to say that he informed the relevant authorities about the intention of Golden Dawn to organize a food handout in Syntagma Square without getting the necessary permit, so all necessary measures would be taken.

Concerning the assault of Germenis at the Komvos Allilovoithias [:Node of Solidarity] of the Municipality of Athens, the witness stated that he did not see with his own eyes the hand of Germenis fall on the little girl that was standing next to him. Some of the people present saw it and informed the witness. He did see though, as he said, with his own eyes the girl getting knocked back. The people at the scene told him that there was another group of gathered Golden Dawners in Samos St. The Golden Dawners in Samos St. had the intention to approach Komvos despite the presence of police. Concerning another question about the handgun of Germenis, the witness stated that he didn’t see it either, but that he was notified by one of those present that Germenis was carrying a gun. He later saw the handgun on TV. The defense counsel then asked of the witness to name the person that gave him the information. The witness stated that everything happened very fast and that he has no way of recalling who it was that told him.

Responding to a question about whether 9.84, the radio station of the Municipality of Athens, gives airtime to the representatives of Golden Dawn, the witness said that he did not influence in any way the work of 9.84’s employees. As he said, the municipal council obviously believes that Golden Dawn is a criminal organization, and that he does not interfere with the work of the municipal council.

The witness is a lawyer and a former member of the municipal council of Piraeus, and testified about what he knows concerning the events of June 17th, 2012, in one of the main squares of Piraeus. The election stands of SYRIZA and ND were on the square. As he said, it was election night and the first results had already started coming in. There were many people gathered in the square watching the results of the election. Things had been peaceful and there were no arguments between the supporters of SYRIZA and ND. According to the first results, ND was ahead, SYRIZA was second, and Golden Dawn was getting into Parliament. The witness could see the balcony of the local chapter of Golden Dawn filled with people carrying lit torches, shouting slogans, and throwing leaflets. On the street in front of the building that housed the Golden Dawn offices a group of about thirty people on fifteen motorbikes started a demo heading towards Pasalimani, wearing black clothes emblazoned with Golden Dawn insignia. The fifteen motorbikes made a victory tour in the surrounding area, going in a circle, and returned to the same spot followed by policemen of the DIAS unit. The 2 or 3 DIAS motorbikes stopped a block away and were observing what was happening, while the Golden Dawners stopped in Iroon Polytechniou, where the people had been gathered to watch the election results. They got off their bikes shouting insults and saying things like “Commies you will die, your time has come”, and started the assault. The witness went on to describe these persons, which were wearing black shirts emblazoned with Golden Dawn insignia, black pants, some of them had batons tied to their belts, and two of them had full-face masks, similar to those used by the policemen of the anti-terrorism unit. He also said that most of them were wearing helmets and he couldn’t make out their faces.

The witness said that they ran towards the square and started the assault. They pushed people, they kicked over chairs and tables, and insulted those that were gathered there. The witness said that when the leader of the assault saw an eyewitness recording with a camera what was happening, he gave the order to chase him. Some of them immediately started in pursuit of him up to Riancour St. They didn’t manage to catch him and they came back to report to their leader that they failed. The witness tried to talk to the man, telling him that what they were doing could result in an accident, and that they would be held responsible. In lieu of an answer, the man hit him. The witness was hit twice on the head, and he briefly lost his senses. As he said, the witness regarded him as the leader of the assault, because apart from the orders he was one of the two people that wore full-face masks. Orders such as “After him!” or “Turn over that table there!” were carried out immediately. He was the same that gave the order “Disengage!”, when everyone stopped the assault.

Concerning the stance of the police, the witness stated that they watched everything that happened without getting involved, and after the assault they followed the demonstration of the Golden Dawners. The riot police unit was three feet away from the pavement where the events were unfolding, and the DIAS unit had line of sight, since they were but a few feet away. The witness added that during the assault he heard someone say to the police “Why aren’t you protecting us?” and one of the policemen answered “Tsipras will come and protect you now”. The witness stated that he went twice to the police to protest the behavior of the policemen, and he got no explanation. The police officer that fielded the complaints that the witness submitted along with Mr. Dritsas told them that there are policemen, members of Golden Dawn, that do not obey their superiors’ orders.

As for the group of assailants, the witness said that the orders they gave were military in nature. They were standing in ranks of two and attacked in tandem, following orders, and wearing, as he said, a uniform dress like a military uniform, a black shirt emblazoned with Golden Dawn insignia, black pants, a belt with a baton or other weapon, boots, and helmet. The incident resembled a military action, as he said.

Concering the party leadership and its connection to the criminal organization, the witness said that there is a structure. There are the ones that take the decisions, there is a medium that works out the decisions, and then there is the implementation. According to the witness, it follows that the leadership was fully informed. He also said that in Agios Panteleimonas Golden Dawn carried out a purge of immigrants with the citizens’ approval. He also pointed out that the assault against the Egyptian fishermen took place in 2012. The witness went on to say that in February 2012 Golden Dawn caused an incident in Deligiorgi and Distomou streets, in a school for immigrants, while during the same year, in another school for immigrants, they smashed the windows and other objects. He went on to say that the assailants, Golden Dawners, did not hide their affiliation in 2012, and that there are people who have gone on record to say that they saw them wearing Golden Dawn uniforms.