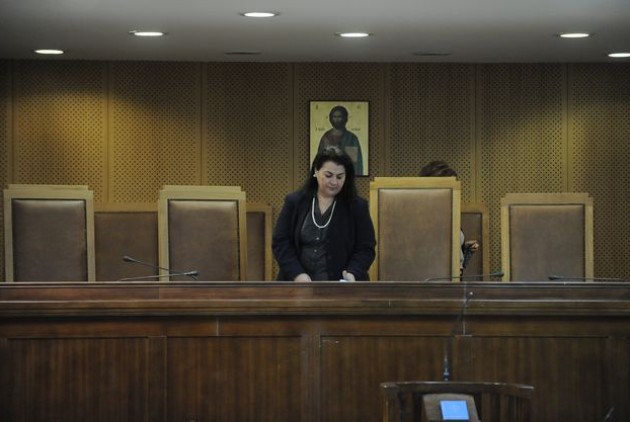 DAY 152: “THE NUMBER OF ASSAULTS AND VICTIMS IS TOO HIGH”

Α. Examination of the witness by the civil action counsels

Responding to relevant questions by the civil action counsels the witness stated that the association for which he gives Greek language lessons to adults has never received any complaints. He also stated that the juvenile courts of the land trust the association and from time to time send teenagers to the Sunday School for Immigrants to learn about the Greek language and Greek culture. As for transmittable diseases, he stated that the school has never been inspected, and the issue of transmittable diseases is moot. Responding to the question about whether he knows of any incident in which an immigrant caused a problem inside or outside the school, the witness answered with a definitive “no”. Quite the contrary, there was a period when the attacks against immigrants were so numerous that no Sunday passed when he wasn’t personally informed about a new assault. As he said, both the numbers of assaults and victims were too high.

The witness was then asked to recount specific incidents that he remembered. The witness referred to assaults against immigrants that employ similar methods. More specifically, he referred to specific incidents where the victim was riding a bicycle, when groups on motorbikes ambushed him and attacked him very quickly. He also spoke about organized attacks, where each attacker had a very specific role. In the assault against Deligiorgi, he said, the assailants inside the building had a very different role from the ones outside it, and added that all attacks have showed that the assailants have been trained for the hits. As for whether there is an organized headquarters to which the attacks can be attributed, he stated that he doesn’t know if there’s a headquarters, however he believes that the attacks were not carried out at random. He added that many incidents can be grouped together because of their similarities. The witness said that the motives in each incident were racist and that the assailants, according to the victims, either wore black shirts or admitted to being Golden Dawners.

The civil action counsels then asked a few questions concerning the stance of the police and the judicial authorities. The witness said that the police knew about the assaults, but would often be negligent in their duties, while many assault victims never pressed charges. Some of the immigrants did not have papers and therefore were afraid to press charges. He also said that the Sunday School for Immigrants kept the mayor of Piraeus up to date about the incidents, and did the same for the higher echelons of the police, the various ministers, and the local authorities. He went on to say that the chief of police ordered an official inquiry into the instances of negligence. The witness also mentioned an incident in which immigrants ran to help another immigrant, and, being wounded, since they had been beaten up by the assailants, were arrested by the police, without first being given first aid. During a visit of the witness to the police station, the police officer assured him that the arrested persons did not wish to press charges. The witness found that there was no interpreter to inform the arrested of their rights, and that one of the arrested, who spoke Greek, told him that they wanted to press charges, despite the assurances of the police officer to the contrary.

The witness was then asked about the reasons why the document he brought to court was sent to the State Ombudsman and to all parties except Golden Dawn. The witness answered that the ideology of Golden Dawn is characterized by hatred against immigrants and both its rhetoric and practice is racist, contrary, for instance, to New Democracy, which is a right-wing conservative party, but not fascist/racist. He went on to say that they couldn’t have sent this document to a party that espouses racist views against immigrants. He also referred to videos of Golden Dawn gatherings in which Golden Dawn MPs use hate speech and speak against immigrants. Finally, he said that Golden Dawn was already in Parliament when there was a spike in violent incidents perpetrated by its members, and that only after the Fyssas murder did the State decide to suppress the phenomenon.

Β. Examination of the witness by the defense counsels

Responding to relevant questions by the defense counsels, the witness said that outside the Village Mall in Rentis there was a general conviction that if an immigrant passed by and stood at the bus station to wait, he or she would surely be attacked. There was a similar conviction in the IRS offices that are situated near the local chapter of Golden Dawn, where immigrants are afraid to go because they are afraid that they will be attacked.

The witness then clarified that after the Fyssas murder the State cracked down on the attacks, which means that it reduced them, but did not completely stamp them out. He went on to say that the attacks are still going on to this day and that he knows of attacks against immigrants that took place in Aspropyrgos in the last month.

Responding to another question considering the behavior of the police officer, who when he saw that the immigrants did not speak Greek and were wounded did not arrange for them to be attended by a doctor or an interpreter, the witness stated that he never said that the police officer in question knew that the assailants were Golden Dawn, and said that he never accused the police officer for covering up for the party. Concerning the questions put forth by Lagos in Parliament, the witness never said that the questions were illegal, but that the Ministry of Health responded that the public health is not threatened. More specifically, the Ministry answered that given that the children were inoculated there was no fear of any diseases being transmitted, something which means that the MP did not have to ask these things in Parliament. The witness then said that no health inspections have been carried out in the Sunday School for Immigrants and that in his opinion this is a moot issue, since the classes are attended by healthy people. He went on to say that by this logic the Hellenic Center for Disease Control and Prevention and other authorities should run regular inspections even in the mass transit system. He also said that, apart from Golden Dawn, he knows of no other political party that has complained about the associations that support immigrants, and specifically the Sunday School for Immigrants.

During his statements the civil action counsel said that the witness testimonies clearly showed that the assailants are connected to Golden Dawn and that their actions are connected and are similar to each other. He also said that the fear of witnesses, among other things, proves the severity of the incidents, the terror tactics, and the organizing.

The counsel spoke about judicial errors that each time help the defense of the assailants and about the negligence of authorities which leads to Golden Dawn unlawfully impersonating authority. The unlawful impersonation of authority, which is a serious crime, is defiantly admitted by the MPs themselves, as he said, since it gives the impression that the parastate is observant of the duties that the authorities neglect to exercise.