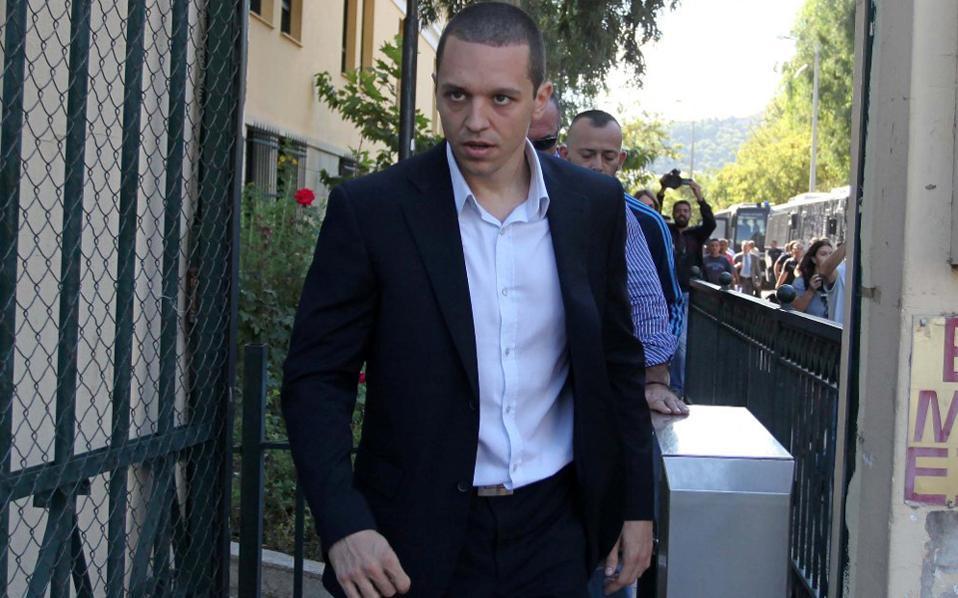 Guards at Greece’s Parliament had to eject a lawmaker with far-right Golden Dawn on Monday after he violently lashed out at a colleague.

Ilias Kasidiaris, accused in the past for his violent response to perceived slights, was ejected after verbally assaulting New Democracy MP Nikos Dendias when the conservative lawmaker walked in front of Kasidiaris while the latter was addressing a session of the House’s Economic Affairs Committee.

Some MPs have been reported as saying that the Golden Dawn spokesman also lashed out physically at Dendias, prompting committee chair Makis Balaouras to order his immediate removal from the House.

ND MP Makis Voridis responded to the incident by demanding the Golden Dawn’s entire parliamentary group be expelled from the proceedings, saying that “they all behaved in a reprehensible manner.”

Balaouras has also filed a motion of censure against Kasidiaris.