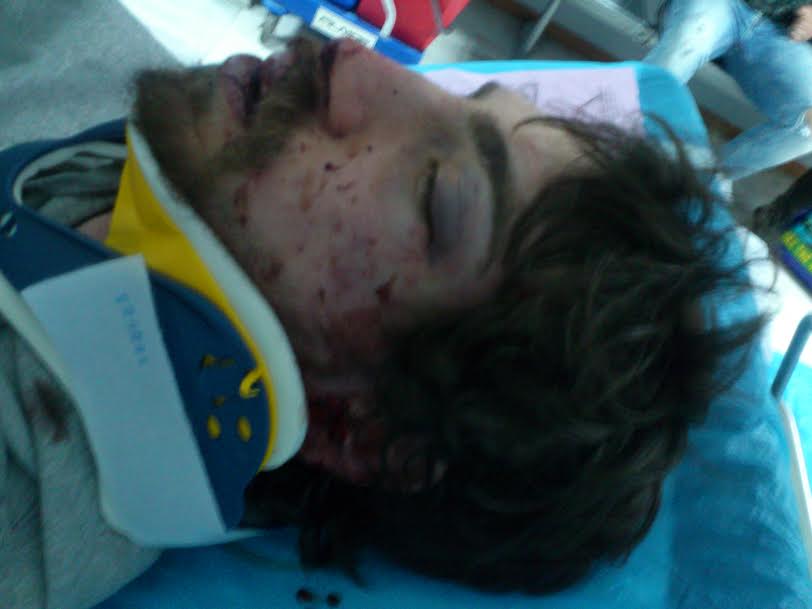 A 42-year-old member of Golden Dawn has been taken to the prosecutor today (Monday) on charges of aggravated assault after beating a 24-year-old student on Friday.

The suspect, who is in charge of the ultra-rightist party offices on Mesogeion Avenue in Athens and used to work in the parliamentary office of GD leader Nikos Michaloliakos, was identified by eye-witnesses, even though he denies any involvement.

According to witness accounts, the perpetrators beat the student until he passed out and then stole his sack.

The attack on the student came just a few hours after unknown assailants used sledgehammers to vandalize GD’s offices.