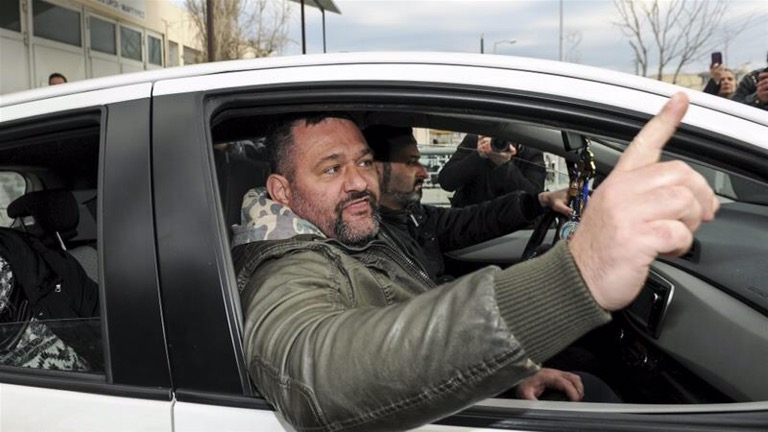 Dozens of far-right supporters led by a member of Greece’s parliament have stormed a school in the capital, Athens, threatening staff over plans to provide classes to refugee children, according to Greek officials.

Yiannis Lagos, an MP with the Golden Dawn far-right outfit, and other party members hurled abuse and acted with aggressive behaviour towards teachers at the state-run elementary school in Perama, Greece’s education ministry said in a statement on Tuesday.
“Today’s acts by the Golden Dawn members … will not affect the operation of the school for the refugee children,” said Yiannis Pantis, the ministry’s general secretary.

“Instances of violence and racism have no place in a school environment.”

Golden Dawn, an anti-immigrant party, is the third biggest political player in Greece, a country still struggling after more than six years of deepening recession.
The party has taken advantage of a protest vote against domestic political failures and internationally imposed austerity, polling just 0.3 percent in 2009 to winning almost seven percent in the country’s last general election in 2015.
Many of its MPs, including Lagos, and other party members are facing trial on charges that Golden Dawn is run as a criminal organisation.
They have now been freed after the expiration of an 18-month imprisonment period without trial.

The Golden Dawn members entered the school during a meeting between local officials, teachers and parents who were scheduled to discuss plans to offer after school classes to 25 refugee children who live in a nearby camp.
After storming the school, the Golden Dawn members threatened those attending the meeting and punched some teachers and parents, according to Greek media reports.
Witnesses also alleged that police stood outside the school, but failed to act to prevent the attack.

“Today’s attack by Golden Dawn against parents and teachers in Perama, led by indicted MP Lagos, is a provocation for the entire Greek society,” Takis Giannopoulos, a member of the Greek activist group Anti-Nazi Zone, told Al Jazeera.
“Golden Dawn denies education to 25 children who escaped war.
“This fascism cannot be tolerated.”
The attack was also condemned by several Greek political parties.
An estimated 62,000 refugees and migrants are currently stranded in Greece following a wave of border closures across Europe after a controversial agreement between the European Union and Turkey in March 2016.