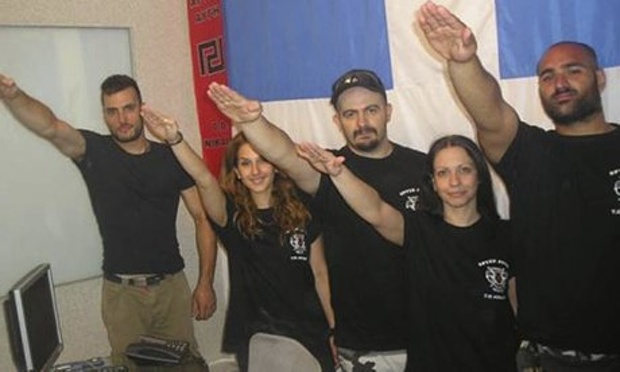 New York City—Human Rights First today called on the U.S. Embassy in Athens to send trial observers to the important criminal trial against the leadership and members of Greece’s neo-Nazi party, Golden Dawn, who are currently on trial for the crime of membership in a criminal organization and murder. The proceedings resumed earlier in the week following a hiatus since May. The organization notes that the failure to attend the resumed proceedings by representatives from the U.S. Embassy is out of step with common practices for high profile trials. The next hearing is scheduled for tomorrow.

“The United States has a strong interest in encouraging transparency, a full and fair trial, and adherence to the rule of law. Monitoring the trial will not interfere in internal Greek affairs; on the contrary it will show the Greek government that they have a partner in the United States in ensuring a full and fair proceeding that provides justice for the victims of violence,” said Human Rights First’s Susan Corke. “It is untenable that the U.S. Embassy in Athens has not sent a trial monitor to observe the proceedings. The United States should work with other governments and international organizations to increase awareness and attention to the trial.”

Seventy members of Golden Dawn, 13 of whom are still serving in the national parliament, are on trial for operating a criminal organization that has been accused of dozens of violent racist and political attacks. In a letter to U.S. Ambassador to Greece David Pearce sent in May, Human Rights First advocated for the U.S. Embassy to send observers to all phases of the trial.

The antisemitic, xenophobic, homophobic Golden Dawn party burst into Greek politics in 2012. Its top leaders were arrested in September 2013, following the murder of an anti-fascist musician. The party nevertheless won more than 10 percent of the vote in the May 2014 European elections, gaining three seats in the European Parliament. Thirteen of the 18 Golden Dawn parliamentarians under indictment were re-elected to their seats in January 2015. The party’s rise is documented in a recent report by Human Rights First, “We’re not Nazis, but…The Rise of Hate Parties in Hungary and Greece and Why America Should Care.”

The Golden Dawn lawmakers have denied all wrongdoing. The Greek media has published numerous photographs and videos seized from the suspects’ homes, showing them with swastikas, giving the Heil Hitler salute, and at what appears to be a paramilitary training camp. While such evidence may be important in establishing motivation or preparation for crimes, it is the prosecutor’s responsibility to prove that the defendants, however offensive their political beliefs, were responsible for the specific offenses, which include “directing a criminal organization,” weapons charges, and at least one murder.

Previous criminal trials involving Golden Dawn leaders have been marred by courtroom intimidation by the party’s supporters targeting judges, prosecutors, witnesses, and victims. A prosecution witness was reportedly attacked by Golden Dawn supporters at the opening of the trial on April 20.

“To have members of an elected political party on trial for crimes including murder stemming from a racist and anti-Semitic ideology is extremely worrisome in an E.U. country on the frontlines of the current refugee crisis. This trial could be a turning point for Greece in its efforts to confront racism and political extremism,” noted Corke. “In addition to supporting a fair trial, the U.S. government should aid in creating reforms to the Greek law enforcement system that would increase its capacity to investigate and punish hate crimes.”

For more information or to speak with Corke, contact Corinne Duffy at[email protected] or 202-370-3319.